Different types of percussion instruments can add exciting and fascinating color, creating special sounds and keeping the rhythm of a song.

You can have sticks, shakers, tambourines, maracas, xylophones, bells, blocks and much more. 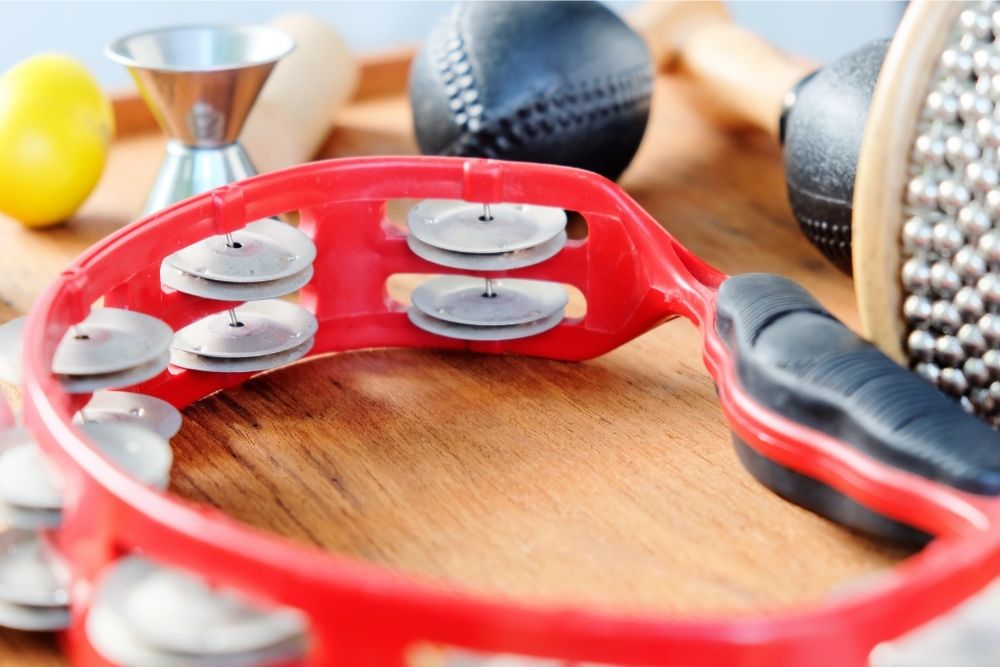 What are the different types?

Precision instruments is a term that references musical instruments that are sounded by striking, scraping, or shaking against another similar instrument.

The materials that are used to create percussion instruments include metal, wood, or plastic, most often. They also come in a whole plethora of shapes and sizes.

When it comes to percussion, many people will think of drums, however, there are plenty of different types of percussion that can be found in different corners of the globe.

The basic types of percussion instruments.

Tuned percussion, which is also known as pitched percussion includes many things such as modern professional drum sets. They produce notes when stuck. These instruments are capable of producing a specific pitch and notated with normal music notation.

They find their application in performing melodic or harmonic sections of a composition. There are a few most common known tuned percussion instruments that you may have heard of or know well, such as a glockenspiel, marimba, tubular bells, vibraphone, or xylophone.

Other types of tuned percussion instruments include things such as the timpani, a bell lyre, Celeste, steel drums, antique cymbals and so on.

A marimba, made from wooden keys and resonators that amplify the sound when they are struck by mallets.

They have aluminum tubes that hang below which resonate and create a rich tone that is associated with the marimba.

Many people are confused about the difference between a xylophone and glockenspiel, the biggest difference is that it has wooden keys. It is tuned to a specific musical scale, such as diatonic, pentatonic, or diatonic.

You can play with two or four mallets in each hand. These are used a lot to help children understand musical terms so are used a lot in classrooms and as toys for young children as they grow up.

With a similar arrangement to a piano, it has metallic keys and plates. You may often find them in orchestral percussion and marching percussion. They can come in various sizes as well.

These are also known as being orchestra bells. These are a piano based percussion instrument that will often play over two octaves. You play them by striking them with a soft-ended mallet and stop unwanted overtones by using a pedal.

They are one of the main instruments that are used in the ‘Futurama’ theme tune, so this is probably where you recognize them from.

Next we have untuned percussion instruments, these are also known as auxiliary percussion within the orchestra unpitched percussion. These are instruments that are not capable of producing a specific pitch.

They have normal rhythmic notation, however, each individual instrument is on a separate line. Untuned percussion instruments often find their application in performing rhythmic foundations of any composition.

These are instruments that maintain a rhythm and often have unrelated sounds to the harmony and melody of the music.

Some good examples of what this type of instrument is would be bass drums, snares, gongs, tam-tams, wood blocks, triangles, agogo bells, tambourines, as well as others.

It can be easy to mistake folk instruments like these to other world instruments as un-pitched. Instruments can sound bad in the hands of beginners if there is a failure to recognize the harmonic relationship of these such instruments.

Some instruments will need tuning to match a pitch of any particular type of music, such as the tabla. There are instruments that will find use as being both pitched and unpitched percussion in different styles of music, so this is a unique category.

In addition to these two major types we have previously mentioned there are other classifications, such as the classification of percussion instruments dependent on their place of origin.

Percussion instruments from Persia are often very popular within Persian nations. They have a unique rhythmic expression that has always expanded emphasis on hand-clapping, which is the oldest form of any rhythmic accompaniment in almost every culture.

Some Persian instruments such as the Persian dulcimer or drum echo the musician style of an age that such instrumental sounds capture with expertise. We have listed a few of these Persian percussion instruments below. You may recognize some of these.

This is an instrument known by many names, one of which is the Persian goblet drum.

To play this you must place it diagonally across your torso as you use one or more fingers, as well as the palm of your hand to play it. This is probably the most well known of all these Persian originated instruments.

You may also know about the hand pan, this is an instrument that can be traced back to the steel pan and drum instruments that came into being in Trinidad and Tobago back in the 1940s. It has instantly recognizable and distinctive sounds that are reminiscent of the Caribbean islands.

It could be considered as a cousin of steel drums. You have probably seen this played in movies or TV shows at some point.

The Daf, is not a well known name, but you may have seen it. It is a large drum that is Middle Eastern in its origin. It is often used in classical and popular music. Furthermore, it has a hardwood frame with numerous metal ringlets and a goatskin membrane. Ringing any bells?

It is common in many areas, especially popular in the Middle East, Pakistan, India, as well as Afghanistan. It will often be played as an accompaniment to other Middle Eastern originated instruments such as violins, oud’s, saz, and tanburs.

The Dayereh is an unknown name, but if you see one you will surely recognize it. It is a medium-sized frame drum with jingles.

It is very popular and is often used in classical music and popular music by Iranians, Azerbaijan, the Balkans and many other central Asian countries, including Tajikistan and Uzbekistan.

On the other hand, Latin percussion is pretty much any musical instrument in the percussion families such as lamellophones, idiophones, or membranophones in Latin music.

The musical style is used primarily from the Latin American regions. This region has influence in African tribal music.

Some Latin and Afro-Caribbean percussion instruments include things such as bongo-drums, cowbells, maracas, tamborim, dunun, and many others that you may or may not have heard of.

However, a few instruments are capable of falling into both categories. Instruments within the tuned or untuned percussion instruments can then instead get their classification based on where they originated.

This is why we find that there are Persian percussion instruments that come from Persia (Iran) and the Middle East, Latin/ Afro- Caribbean instruments which can come from Latin American countries that may have their origin in African tribal music, as well as many other regional instruments that exist.

Percussion instruments have been key in adding that extra bit of flavor to music for centuries.